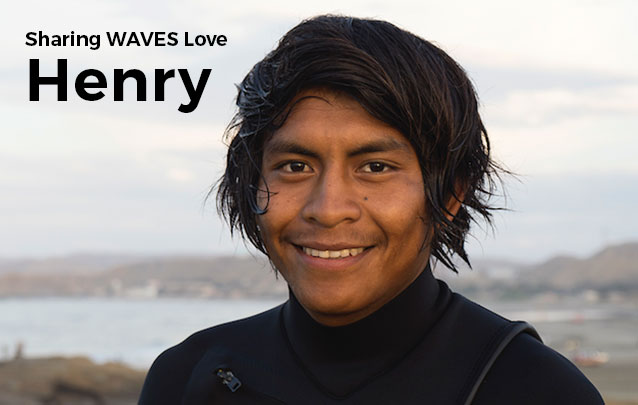 There’s nobody more Lobiteno than Henry. He’s a local through and through. It’s been amazing seeing him grow as a photographer, surfer and a person. I remember the first time seeing Henry in the water – he had gotten ahold of an old boogie board and would ride that in the waves. Standing up on it. Couldn’t believe it. So when he started surfing on surfboards, he seemed like a natural. And to see him surfing now is impressive to say the least. Simply put – he rips. I’m not the only one who has recognized his talent as he’s now sponsored and has been featured in a number of publications – on and off line. Additionally, his photos have been part of galleries and shows internationally. In addition to hanging on walls in homes around the world. So proud to say he plays an active role in the daily operations of WAVES in Lobitos – from coordinating with travelers, to providing an orientation to his hometown of Lobitos, to teaching other young people about photography, he’s well respected and a creative inspiration to many. Myself included. Thanks Henry. Please support Henry and WAVES in Lobitos in 2018. 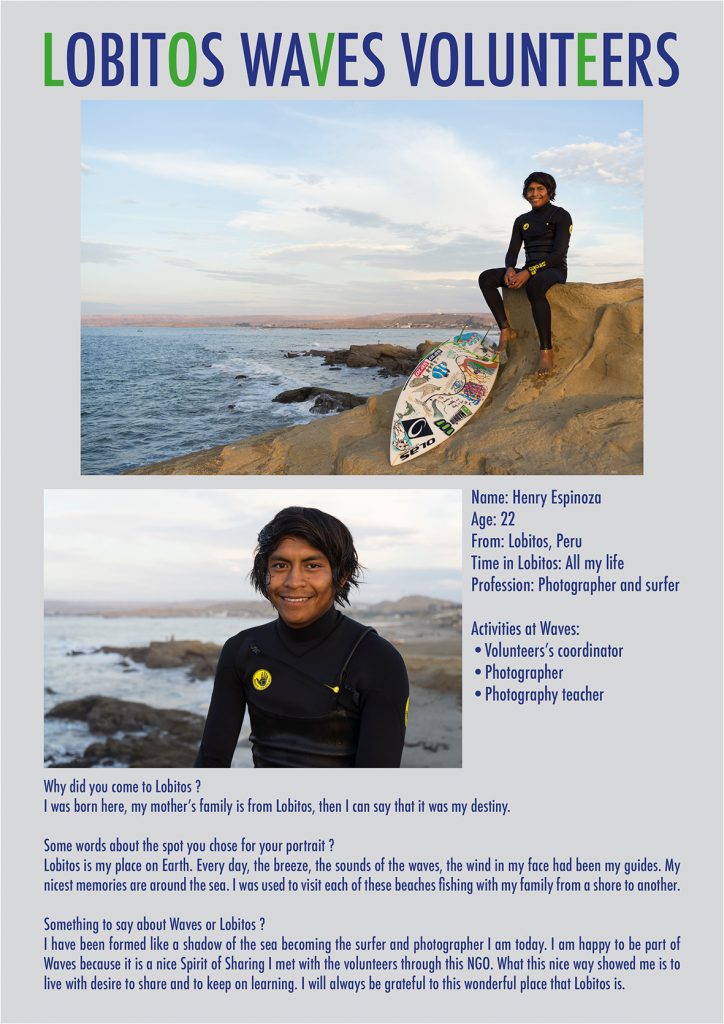 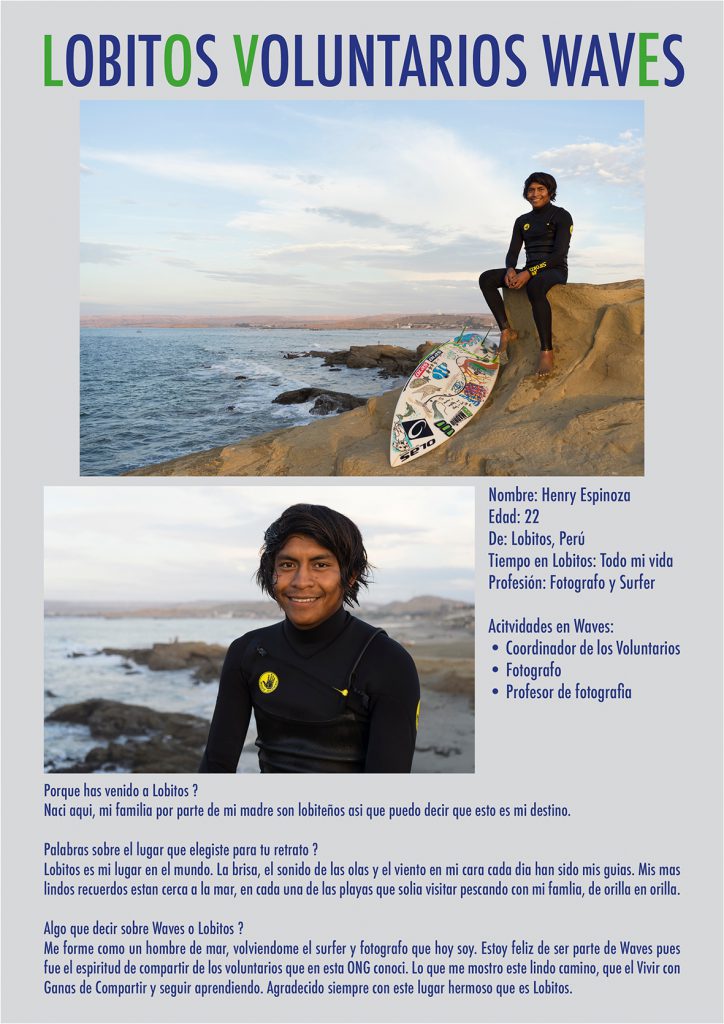 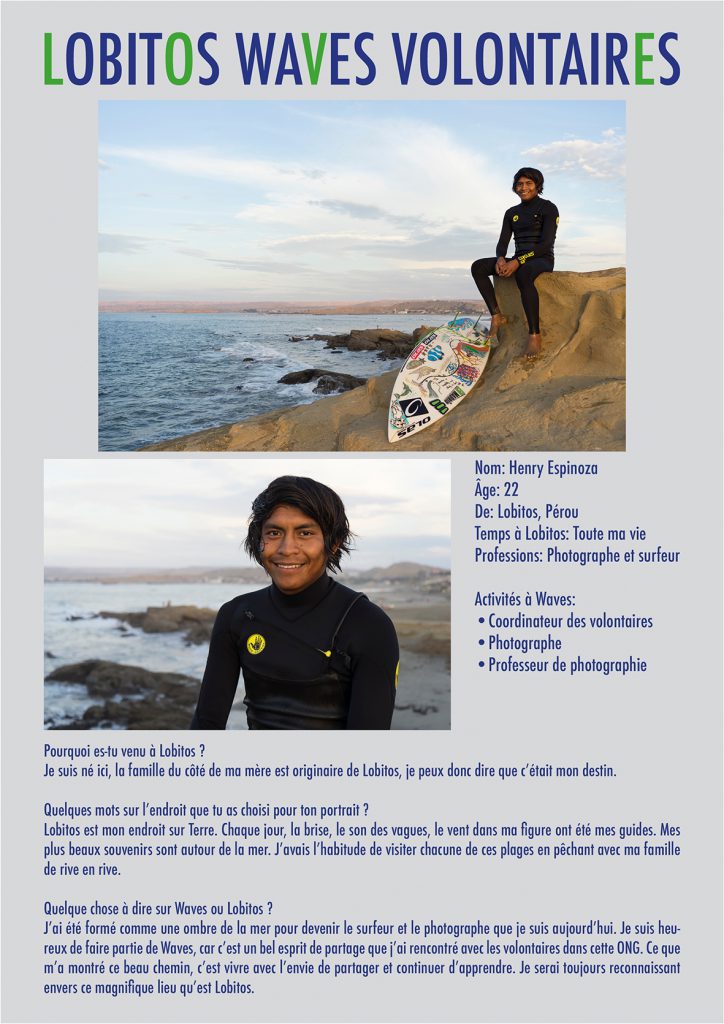