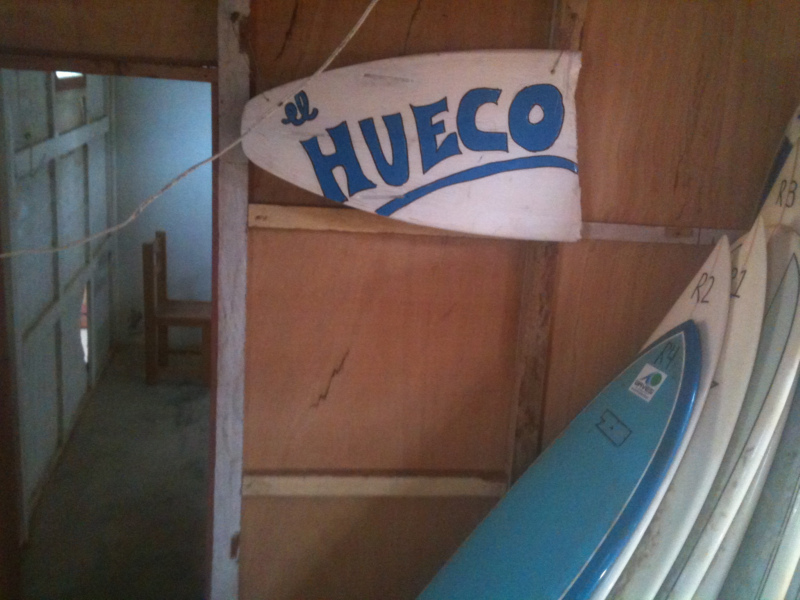 The WAVES house (aka the Tinoco home) has taken on a bit of a new persona since I was last in Lobitos eight months ago. There are the cosmetic changes: a gas oven, a new computer center, a change of paint color in the kitchen. And then there are the visceral ones- namely the vibe brought on by the sudden appearance of travelers. 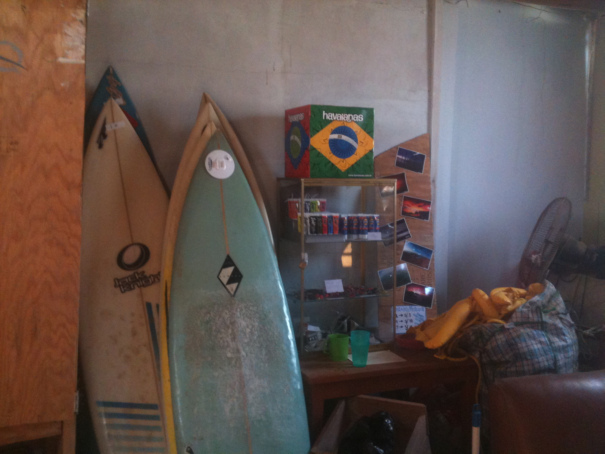 The Greek mathematician who stops by to rent a board and stays to cook us meatballs. The Brazilian who heard about our surf photography and wants to contribute his photos. The Piuran down the street whose just looking for a surf film. They come to the door with the same starry eyed look, like flies to light. They know we do something. What do we do? Can we help them?
And as more and more people showed up, the need to formalize WAVES services gave way to an idea- “El Hueco” (the hole). 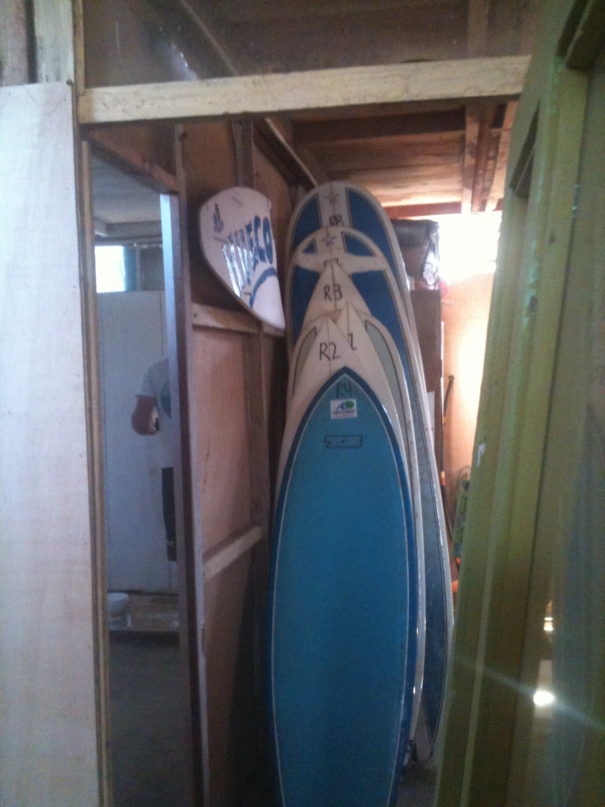 El Hueco is an information center. A place where tourists and locals alike can come to find out about Lobitos. To rent equipment or check surf spots and reports. To see pictures of themselves surfing taken by local youth.

And yesterday, when the first hammers came out, El Hueco became more than just an idea, thanks to the fund raising efforts by WAVES alumni, namely Axel Eaton. The physical “El Hueco” space started as a storage room in the back of the WAVES house (Casa Tinoco), full of surf boards and miscellaneous items, and with no door. But as of this morning, it’s already transformed. Sam, Tali, and Senor Tinoco widened the room by moving a wall and installing a door. I grabbed some paint and a broken board and made a sign for the space. Then we threw on some tunes and took to cleaning and painting the base coat on the walls and ceilings, carefully dodging electrical wires in true Peruvian style. 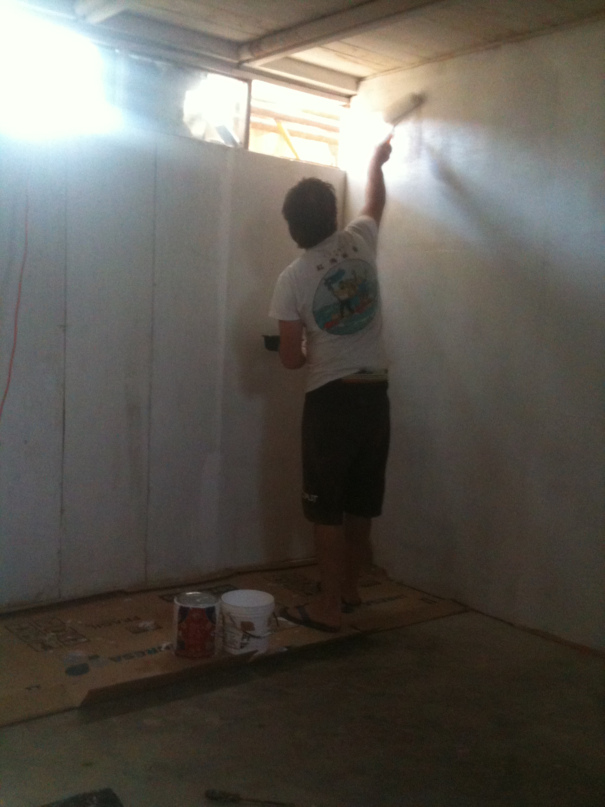 We’ve put a Brazillian artist in charge of decorating the walls, and Sam is outside slaving away on a cabinet as I write this. (Tali is equally as employed in the kitchen, watching over an aromatic chicken curry)

Tomorrow we’ll throw on another coat of paint and start laying out the room. Be sure to check back here to see how it’s coming along! 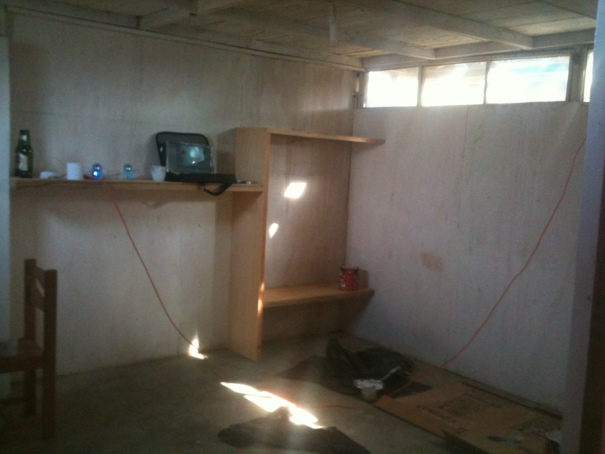